What creates STEVEs? Strong Thermal Emission Velocity Enhancements (STEVEs) have likely been seen since antiquity, but only in the past five years has it been realized that their colors and shapes make them different from auroras. Seen as single bright streaks of pink and purple, the origin of STEVEs remain an active topic of research. STEVEs may be related to subauroral ion drifts (SAIDs), a supersonic river of hot atmospheric ions. For reasons currently unknown, STEVEs are frequently accompanied by green "picket-fence" auroras. The featured STEVE image is a combination of foreground and background exposures taken consecutively in mid-March from Copper Harbor, Michigan, USA. This bright STEVE lasted several minutes, spanned from horizon to horizon, and appeared in between times of normal auroras. 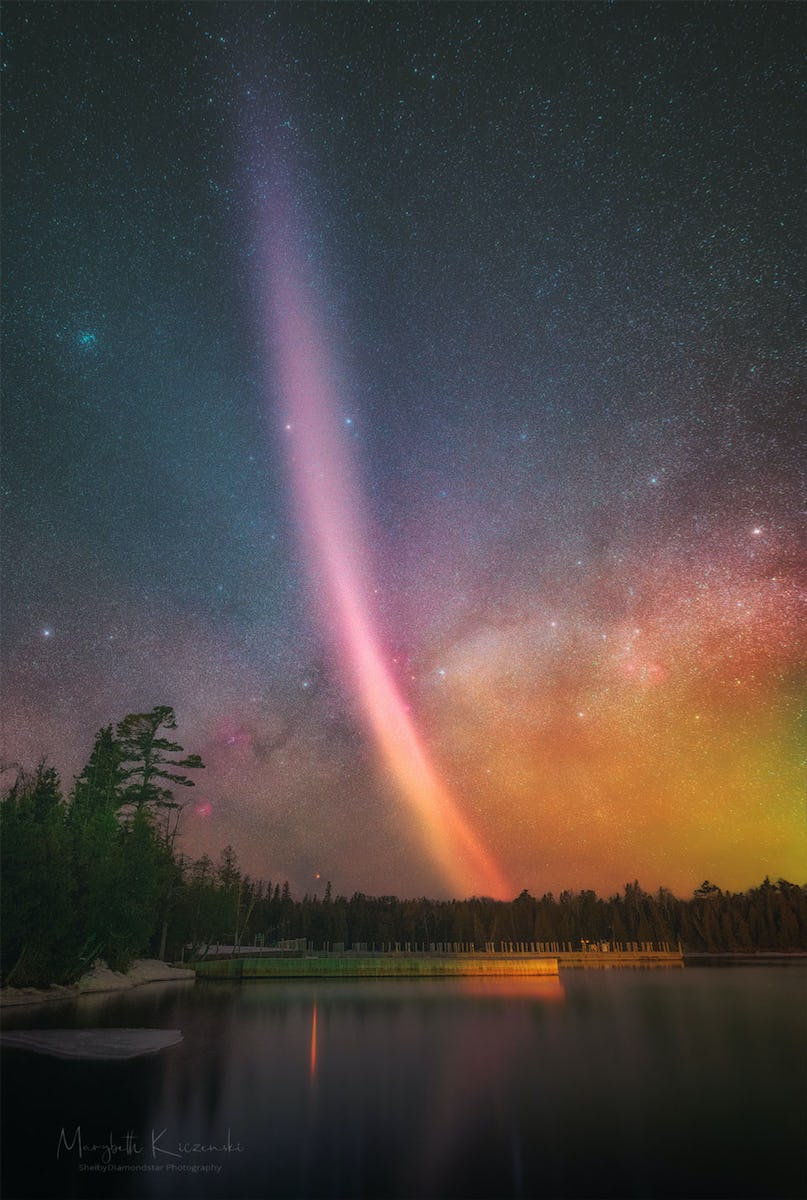