In a church which is furnish'd with mullion and gable,
With altar and reredos, with gargoyle and groin,
The penitents' dresses are sealskin and sable,
The odour of sanctity's eau-de-Cologne.
But only could Lucifer, flying from Hades,
Gaze down on this crowd with its panniers and paints,
He would say, as he look'd at the lords and the ladies,
"Oh, where is All-Sinners', if this is All-Saints'?"

Edmund Yates (1831 - 1894) British journalist, novelist and dramatist. Born in Edinburgh. In 1854 he published his first book "My Haunts and their Frequenters", after which followed a succession of novels and plays.Yates was perhaps best known as proprietor and editor, under the pen-name of "Atlas", of The World Society newspaper. 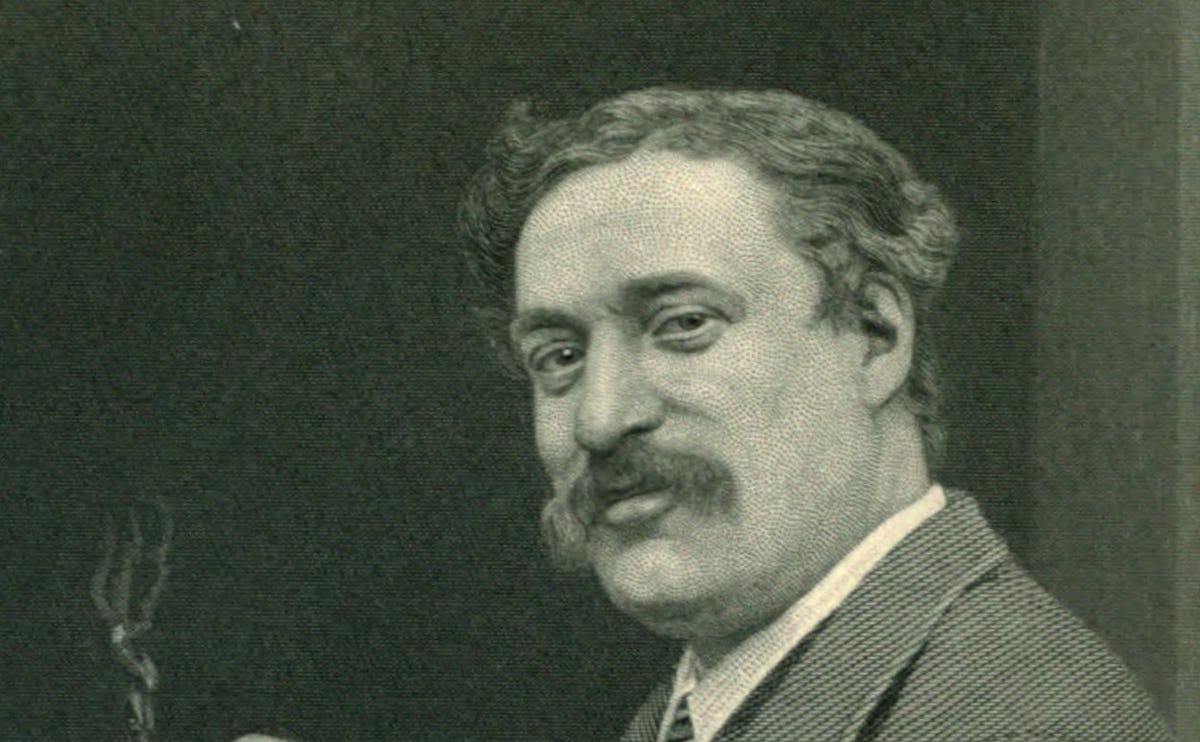