On January 21, light from the Moon near first quarter illuminated the foreground in this snowy mountain and night scene. Known as The Lions, the striking pair of mountain peaks are north of Vancouver, British Colombia, Canada, North America, planet Earth. Poised above the twin summits, left of Deneb alpha star of the constellation Cygnus, are emission regions NGC 7000 and IC 5070. Part of a large star forming complex about 1,500 light-years from Vancouver, they shine with the characteristic red glow of atomic hydrogen gas. Outlines of the bright emission regions suggest their popular names, The North America Nebula and The Pelican Nebula. The well-planned, deep nightscape is a composite of consecutive exposures made with a modified digital camera and telephoto lens. Foreground exposures were made with camera fixed to a tripod, background exposures were made tracking the sky. The result preserves sharp natural detail and reveals a range of brightness and color that your eye can't quite see on its own. 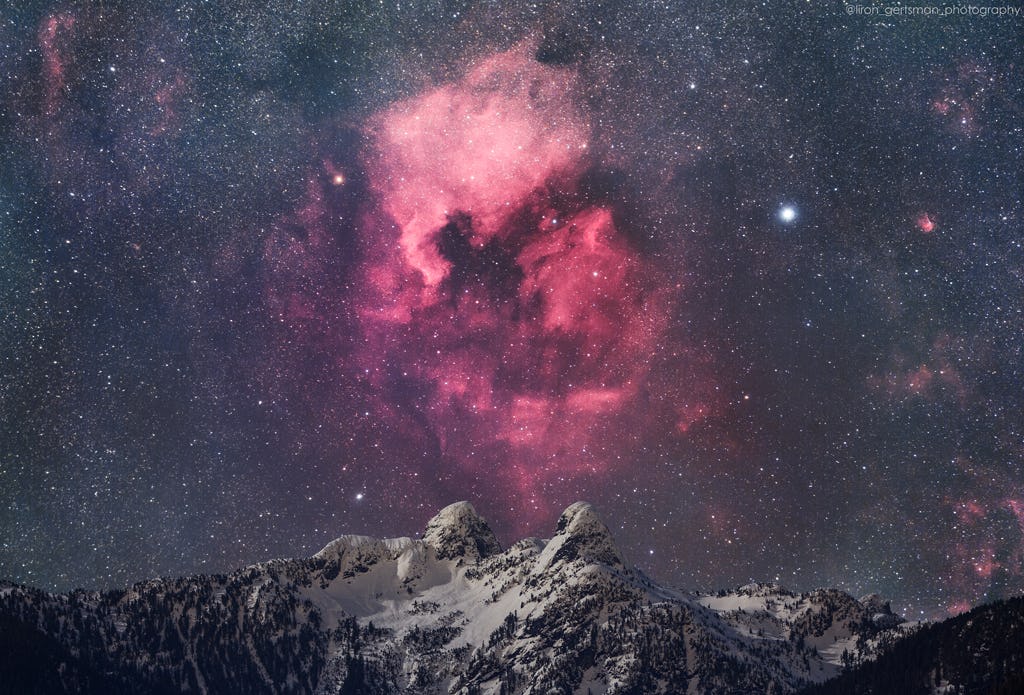