It's happening. Saturn and Jupiter are moving closer and will soon appear in almost exactly the same direction. Coincidentally, on the night of the December solstice -- the longest night of the year in the north and the longest day in the south -- the long-awaited Great Conjunction will occur. Then, about six days from now, Saturn and Jupiter will be right next to each other -- as they are every 20 years. But this juxtaposition is not just any Great Conjunction -- it will be the closest since 1623 because the two planetary giants will pass only 1/10th of a degree from each other -- well less than the apparent diameter of a full moon. In the next few days a crescent moon will also pass a few degrees away from the converging planets and give a preliminary opportunity for iconic photos. The featured illustration shows the approach of Saturn and Jupiter during November and December over the French Alps. Growing Gallery: Notable images of the Great Conjunction submitted to APOD 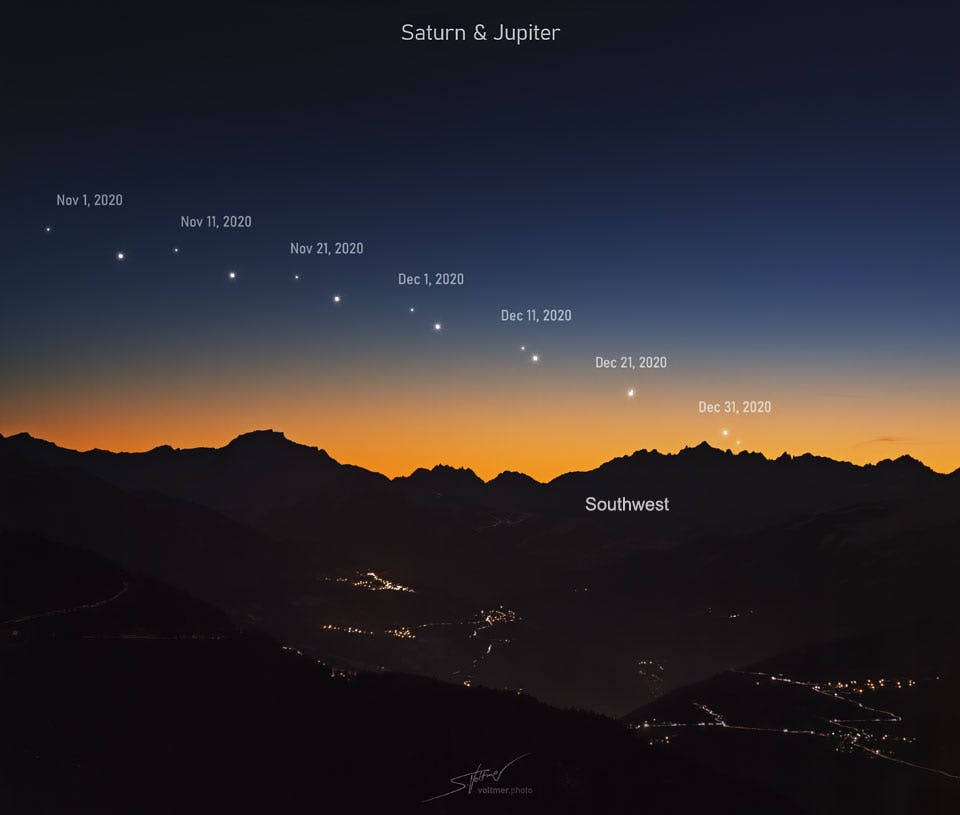