Why is Phobos so dark? Phobos, the largest and innermost of two Martian moons, is the darkest moon in the entire Solar System. Its unusual orbit and color indicate that it may be a captured asteroid composed of a mixture of ice and dark rock. The featured picture of Phobos near the limb of Mars was captured in 2010 by the robot spacecraft Mars Express currently orbiting Mars. Phobos is a heavily cratered and barren moon, with its largest crater located on the far side. From images like this, Phobos has been determined to be covered by perhaps a meter of loose dust. Phobos orbits so close to Mars that from some places it would appear to rise and set twice a day, but from other places it would not be visible at all. Phobos' orbit around Mars is continually decaying -- it will likely break up with pieces crashing to the Martian surface in about 50 million years. 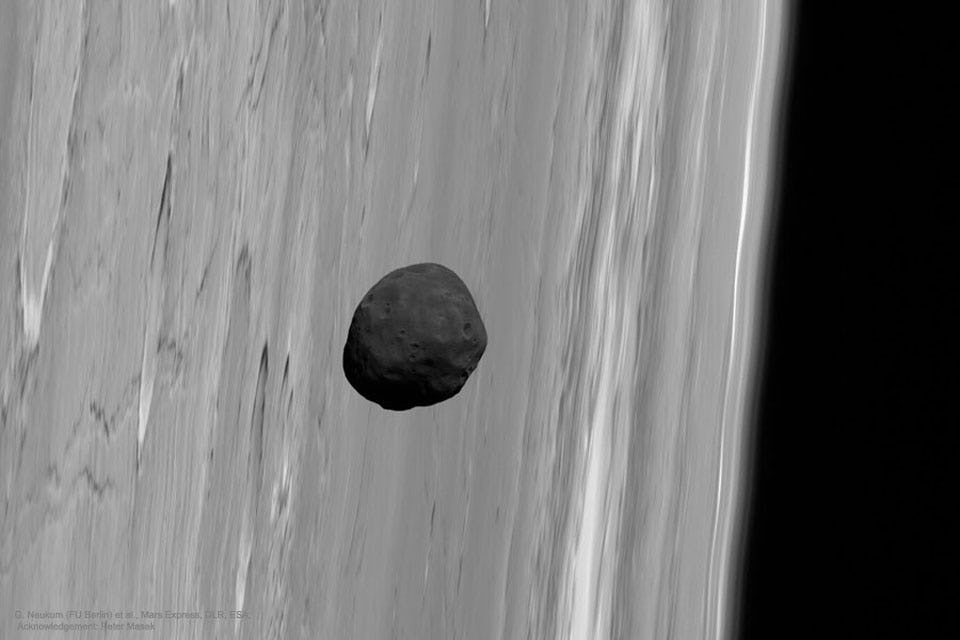