Named for a forgotten constellation, the Quadrantid Meteor Shower is an annual event for planet Earth's northern hemisphere skygazers The shower's radiant on the sky lies within the old, astronomically obsolete constellation Quadrans Muralis. That location is not far from the Big Dipper, at the boundaries of the modern constellations Bootes and Draco. With the radiant out of the frame at the upper right, Quadrantid meteors streak through this night skyscape composed of digital frames recorded in the hours around the shower's peak on January 4, 2013. The last quarter moon illuminates rugged terrain and a section of the Great Wall in Hebei Province, China. A likely source of the dust stream that produces Quadrantid meteors was identified in 2003 as an asteroid. As usual, in 2020 the shower is expected to peak briefly on the night of January 3/4. Meteor fans in North America can anticpate a good show to celebrate the new year in moonless skies before tomorrow's dawn. Free Presentation: APOD Editor to show best astronomy images of 2019 -- and the decade -->tonight in NYC. 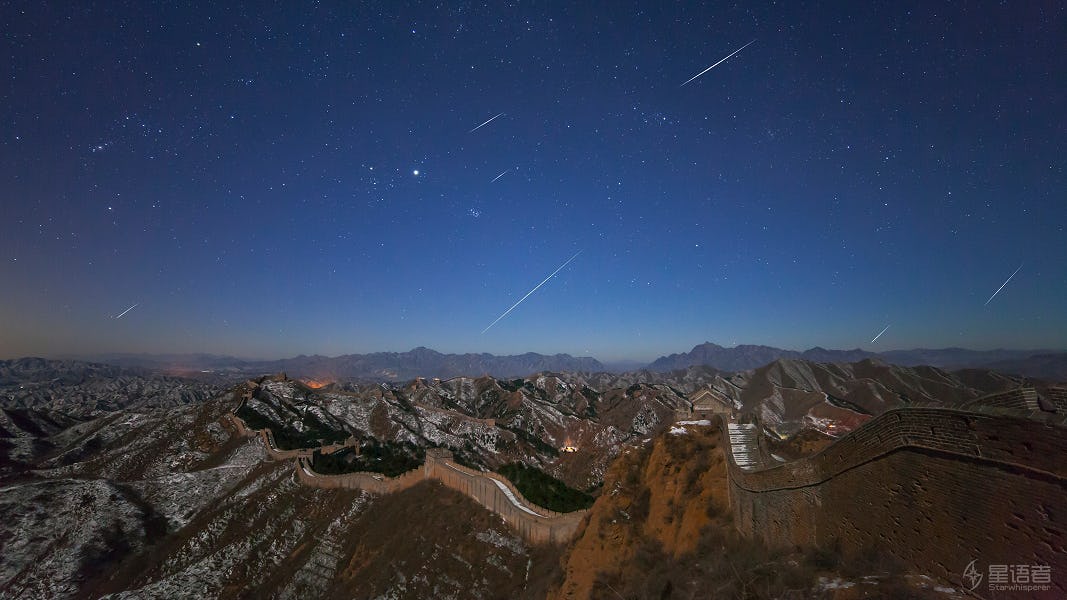