If this is Saturn, where are the rings? When Saturn's "appendages" disappeared in 1612, Galileo did not understand why. Later that century, it became understood that Saturn's unusual protrusions were rings and that when the Earth crosses the ring plane, the edge-on rings will appear to disappear. This is because Saturn's rings are confined to a plane many times thinner, in proportion, than a razor blade. In modern times, the robot Cassini spacecraft orbiting Saturn frequently crossed Saturn's ring plane during its mission to Saturn, from 2004 to 2017. A series of plane crossing images from 2005 February was dug out of the vast online Cassini raw image archive by interested Spanish amateur Fernando Garcia Navarro. Pictured here, digitally cropped and set in representative colors, is the striking result. Saturn's thin ring plane appears in blue, bands and clouds in Saturn's upper atmosphere appear in gold. Details of Saturn's rings can be seen in the high dark shadows across the top of this image, taken back in 2005. The moons Dione and Enceladus appear as bumps in the rings. Free Presentation: APOD Editor to show best astronomy images of 2019 -- and the decade -- in NYC on January 3 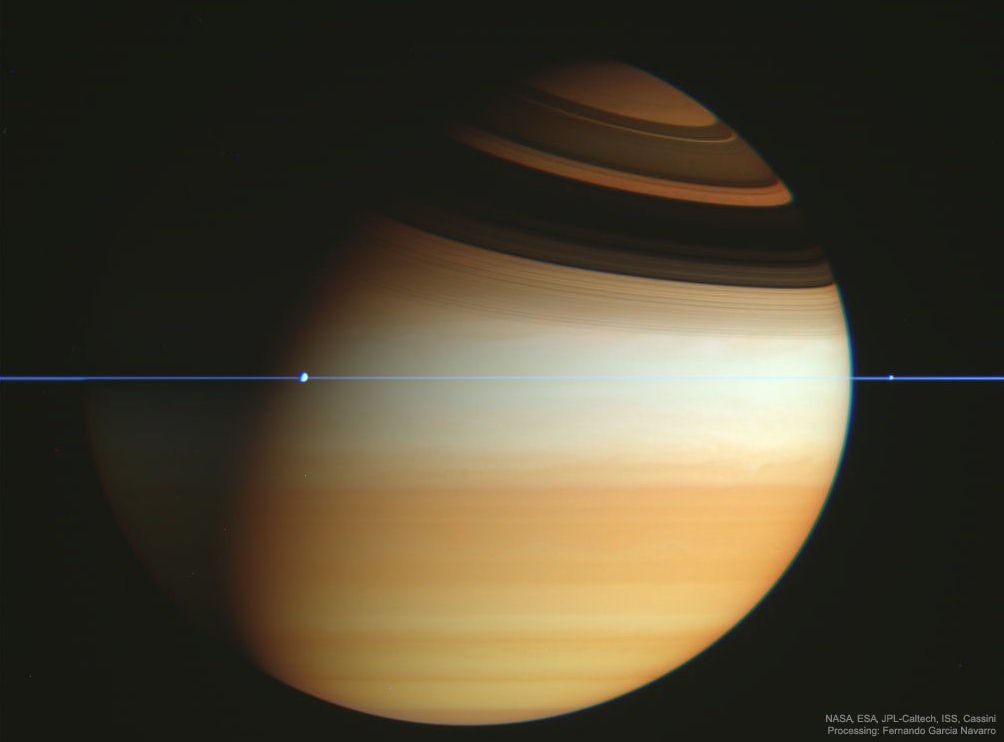 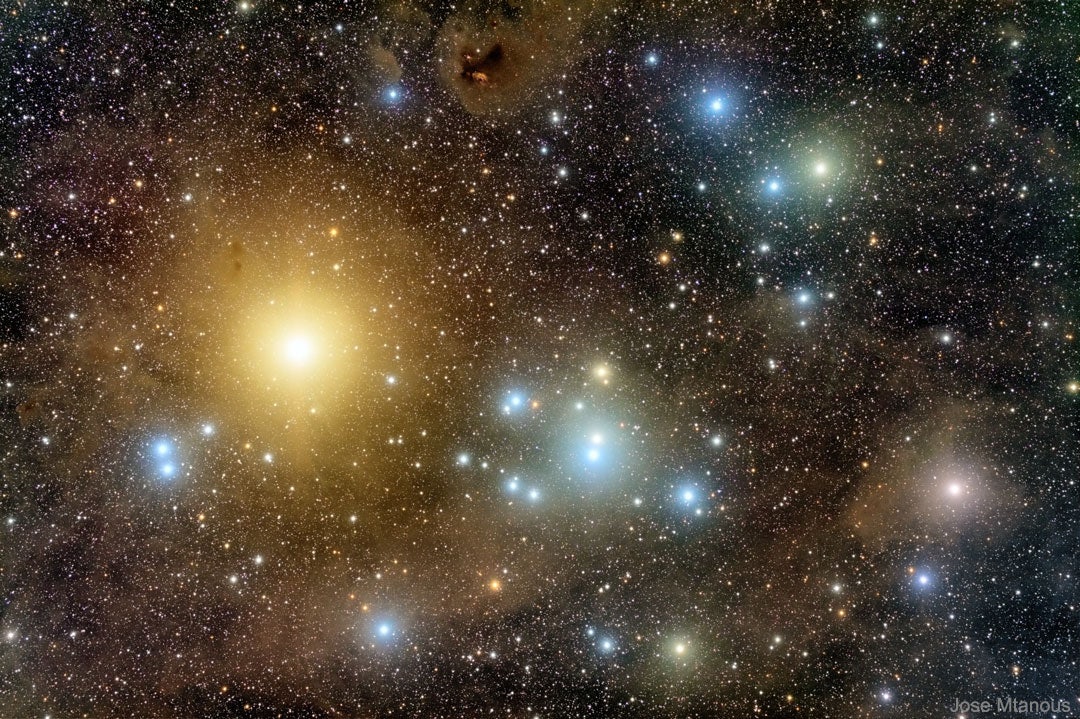 What does the solar wind sound like? A wind of fast moving particles blows out from our Sun, and although space transmits sound poorly, particle impact and variable-field data from NASA's near-Sun Parker Solar Probe is being translated into sound. The disarming audio track of the featured video recounts several of these reverberations, including spooky-sounding Langmuir Waves (heard first), hurricane-sounding Whistler Mode Waves (heard next), and hard-to-describe Dispersive Chirping Waves (heard last). Also impressive is the video's time-lapse visual track which shows Parker's view to the side of its sun shield, and where the planets Earth, Jupiter, Mercury and Venus appear in succession, interspersed with bursts of powerful cosmic rays impacting the imager. The nature of the solar wind near Mercury is surprisingly different from near the Earth, and much study is underway to better understand the differences. Discovery + Outreach: Graduate student research position open for APOD

Why are these meteor trails nearly parallel? Because they were all shed by the same space rock and so can be traced back to the same direction on the sky: the radiant of the Quadrantid Meteor Shower. This direction used to be toward the old constellation of Quadrans Muralis, hence the name Quadrantids, but when the International Astronomical Union formulated its list of modern constellations in 1922, this constellation did not make the list. Even though the meteors are now considered to originate from the recognized constellation of Bootes, the old name stuck. Regardless of the designation, every January the Earth moves through a dust stream and bits of this dust glow as meteors as they heat up in Earth's atmosphere. The featured image composite was taken on January 4 with a picturesque snowy Slovakian landscape in the foreground, and a deep-exposure sky prominently featuring the constellation Orion in the background. The red star Betelgeuse appears unusually dim -- its fading over the past few months is being tracked by astronomers. Teachers: APOD in the Classroom 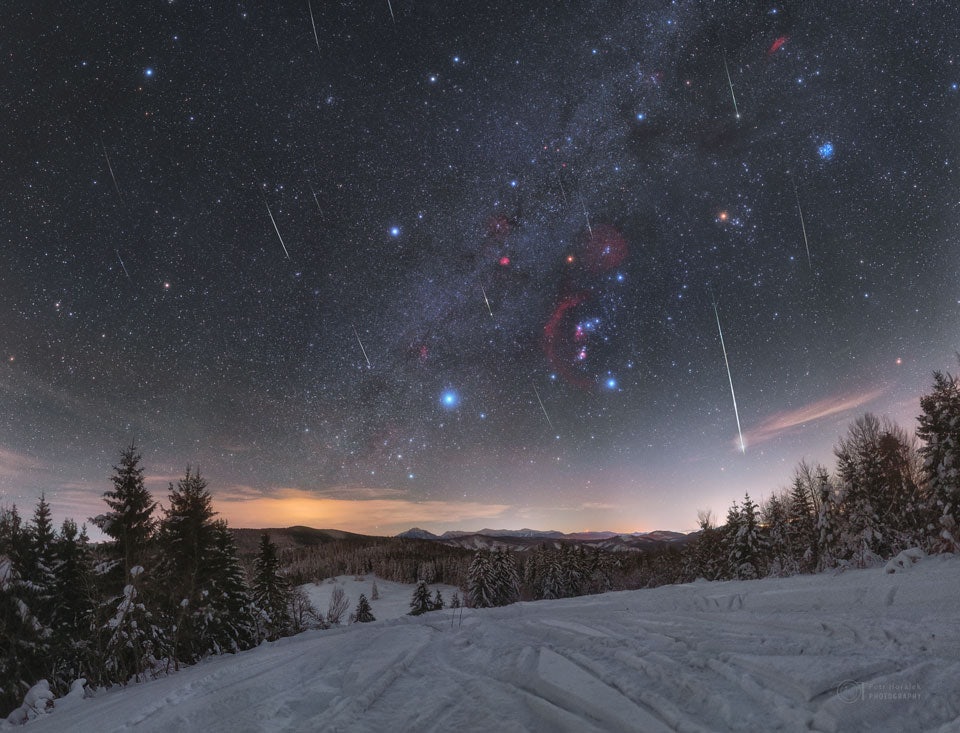