There is a huge gate of stars in the sky, and you pass through it twice a day. The stargate is actually our Milky Way Galaxy, and it is the spin of the Earth that appears to propel you through it. More typically, the central band of our Milky Way appears as a faint band stretching across the sky, only visible in away from bright city lights. In a long-exposure wide-angle image from a dark location like this, though, the Milky Way's central plane is easily visible. The featured picture is a digital composite involving multiple exposures taken on the same night and with the same camera, but employing a stereographic projection that causes the Milky Way to appear as a giant circular portal. Inside the stargate-like arc of our Galaxy is a faint stripe called zodiacal light -- sunlight reflected by dust in our Solar System. In the foreground are cacti and dry rocks found in the rough terrain of the high desert of Chile, not far from the El Sauce Observatory and the developing Vera Rubin Observatory, the latter expected to begin routine operations in 2024. 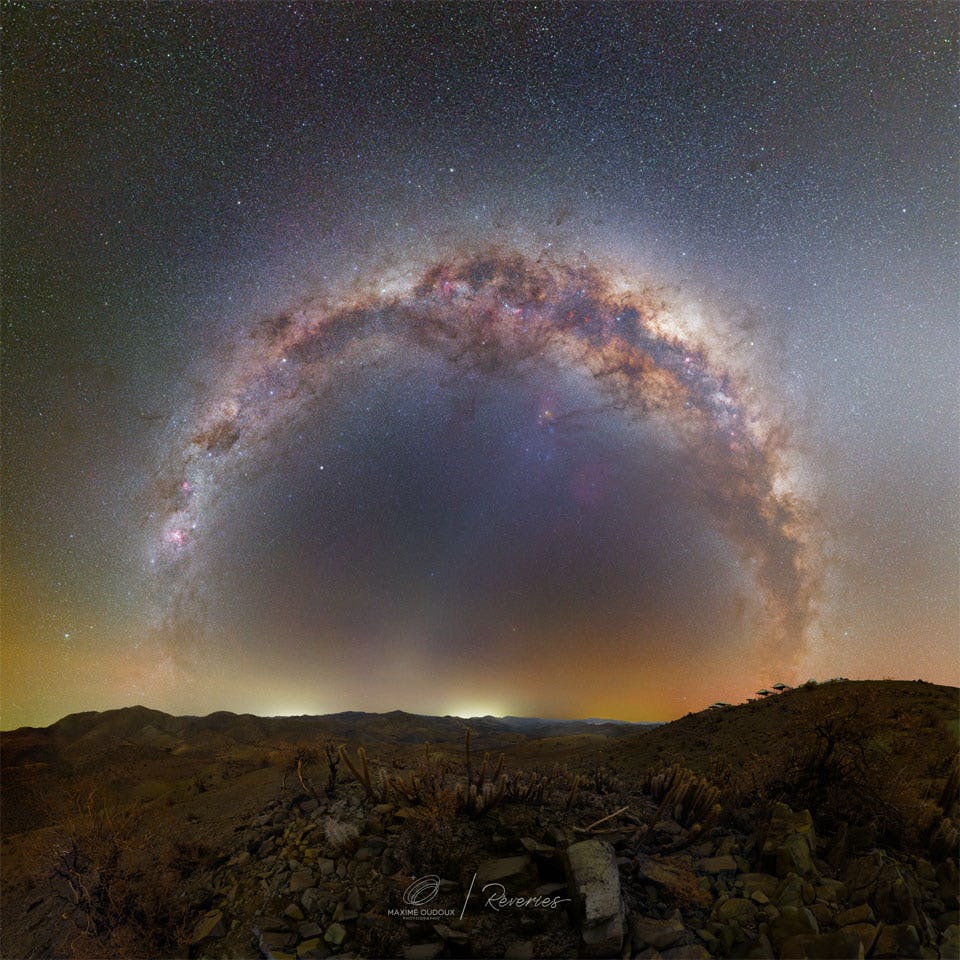