Real castles aren't this old. And the background galaxy is even older. Looking a bit like an alien castle, the pictured rock spires are called hoodoos and are likely millions of years old. Rare, but found around the world, hoodoos form when dense rocks slow the erosion of softer rock underneath. The pictured hoodoos survive in the French Alps and are named Demoiselles Coiffées -- which translates to English as "Ladies with Hairdos". The background galaxy is part of the central disk of our own Milky Way galaxy and contains stars that are typically billions of years old. The photogenic Cygnus sky region -- rich in dusty dark clouds and red glowing nebulas -- appears just above and behind the hoodoos. The featured image was taken in two stages: the foreground was captured during the evening blue hour, while the background was acquired from the same location later that night. 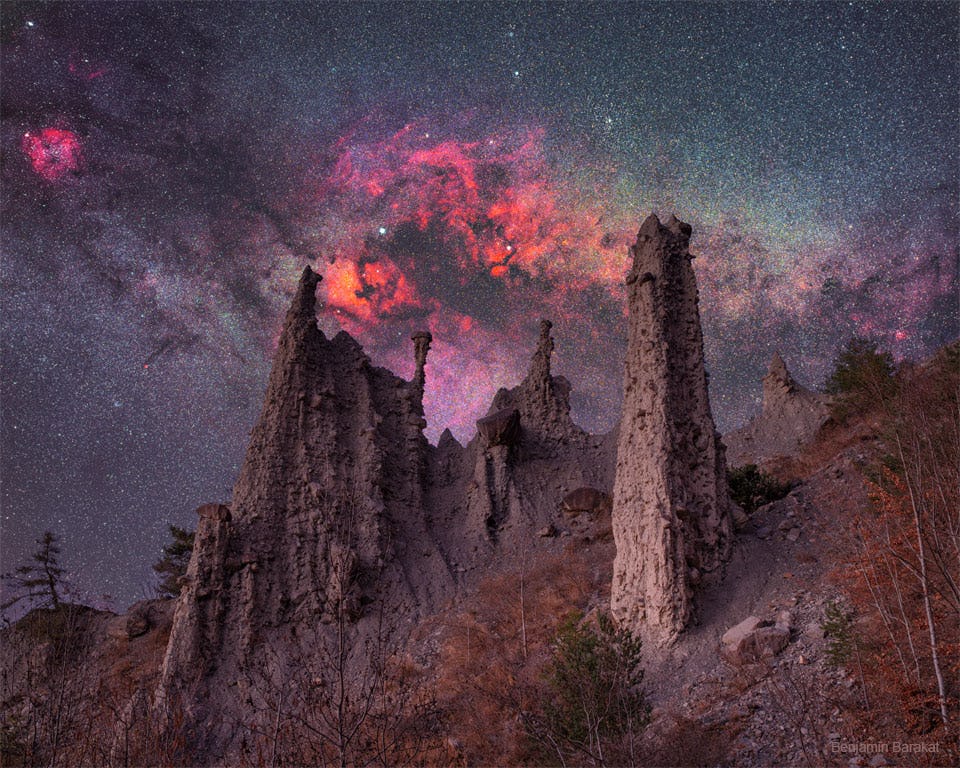