What makes a meteor a fireball? First of all, everyone agrees that a fireball is an exceptionally bright meteor. Past that, the International Astronomical Union defines a fireball as a meteor brighter than apparent magnitude -4, which corresponds (roughly) to being brighter than any planet -- as well as bright enough to cast a human-noticeable shadow. Pictured, an astrophotographer taking a long-duration sky image captured by accident the brightest meteor he had ever seen. Clearly a fireball, the disintegrating space-rock created a trail so bright it turned night into day for about two seconds earlier this month. The fireball has been artificially dimmed in the featured image to bring up foreground Lake Louise in Alberta, Canada. Although fireballs are rare, many people have been lucky enough to see them. If you see a fireball, you can report it. If more than one person recorded an image, the fireball might be traceable back to the Solar System body from which it was ejected. 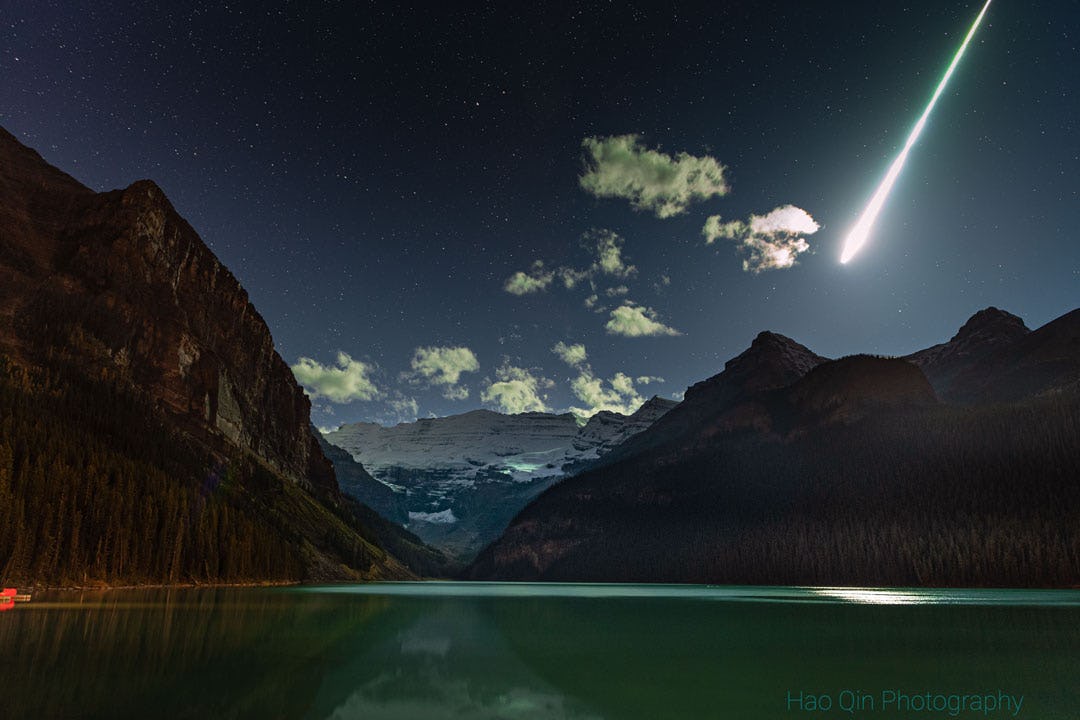