It is not a coincidence that planets line up. That's because all of the planets orbit the Sun in (nearly) a single sheet called the plane of the ecliptic. When viewed from inside that plane -- as Earth dwellers are likely to do -- the planets all appear confined to a single band. It is a coincidence, though, when three of the brightest planets all appear in nearly the same direction. Such a coincidence was captured about a month ago. Featured above, Earth's Moon, Mars, Saturn, and Jupiter were all imaged together, just before sunrise, from the Black Sea coast of Bulgaria. A second band is visible diagonally across this image -- the central band of our Milky Way Galaxy. If you wake up early, you will find that these same planets remain visible in the morning sky this month, too. Astrophysicists: Browse 2,100+ codes in the Astrophysics Source Code Library 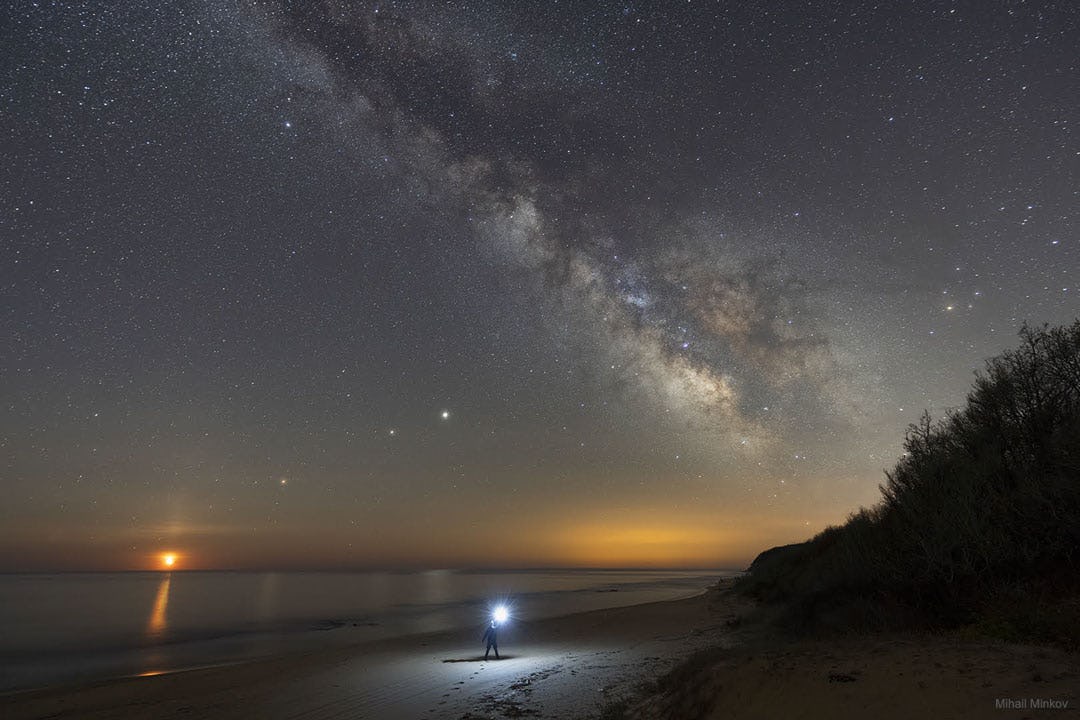