A mere 11 million light-years away, Centaurus A is the closest active galaxy to planet Earth. Also known as NGC 5128, the peculiar elliptical galaxy is over 60,000 light-years across. A region spanning about 8,500 light-years, including the galaxy's center (upper left), is framed in this sharp Hubble Space telescope close-up. Centaurus A is apparently the result of a collision of two otherwise normal galaxies resulting in a violent jumble of star forming regions, massive star clusters, and imposing dark dust lanes. Near the galaxy's center, left over cosmic debris is steadily being consumed by a central black hole with a billion times the mass of the Sun. As in other active galaxies, that process likely generates the radio, X-ray, and gamma-ray energy radiated by Centaurus A. 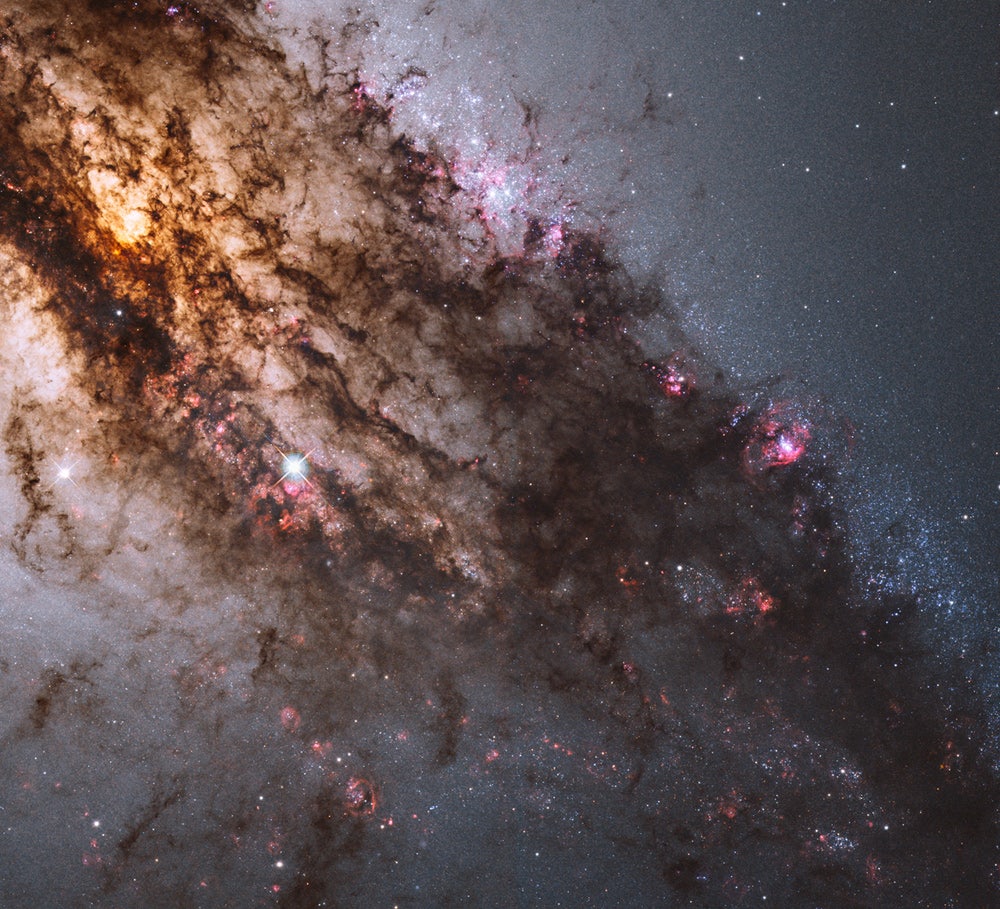 Wouldn't it be fun to color in the universe? If you think so, please accept this famous astronomical illustration as a preliminary substitute. You, your friends, your parents or children, can print it out or even color it digitally. While coloring, you might be interested to know that even though this illustration has appeared in numerous places over the past 100 years, the actual artist remains unknown. Furthermore, the work has no accepted name -- can you think of a good one? The illustration, first appearing in a book by Camille Flammarion in 1888, is used frequently to show that humanity's present concepts are susceptible to being supplanted by greater truths. 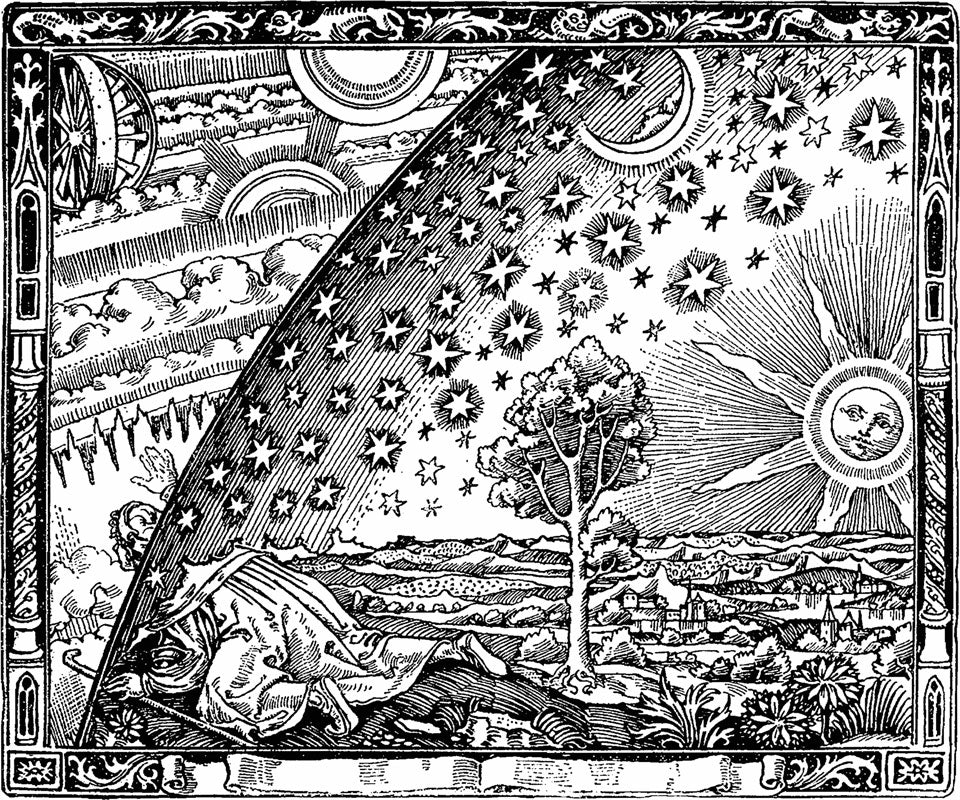 After wandering about as far from the Sun on the sky as Venus can get, the brilliant evening star is crossing paths with the sister stars of the Pleiades cluster. Look west after sunset and you can share the ongoing conjunction with skygazers around the world. Taken on April 2, this celestial group photo captures the view from Portal, Arizona, USA. Even bright naked-eye Pleiades stars prove to be much fainter than Venus though. Apparent in deeper telescopic images, the cluster's dusty surroundings and familiar bluish reflection nebulae aren't quite visible, while brighter Venus itself is almost overwhelming in the single exposure. And while Venus and the Sisters do look a little star-crossed, their spiky appearance is the diffraction pattern caused by multiple leaves in the aperture of the telephoto lens. The last similar conjunction of Venus and Pleiades occurred nearly 8 years ago. 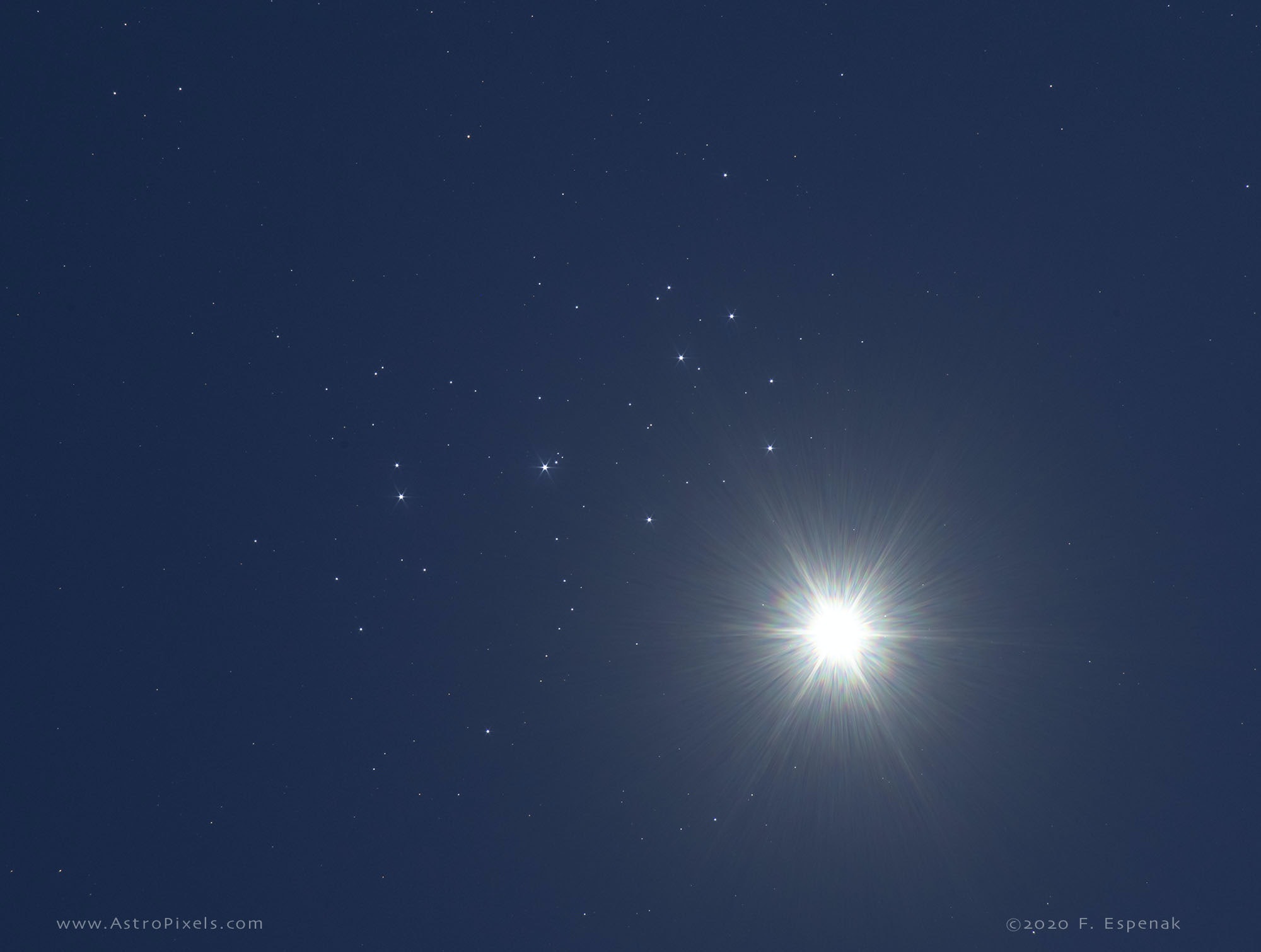 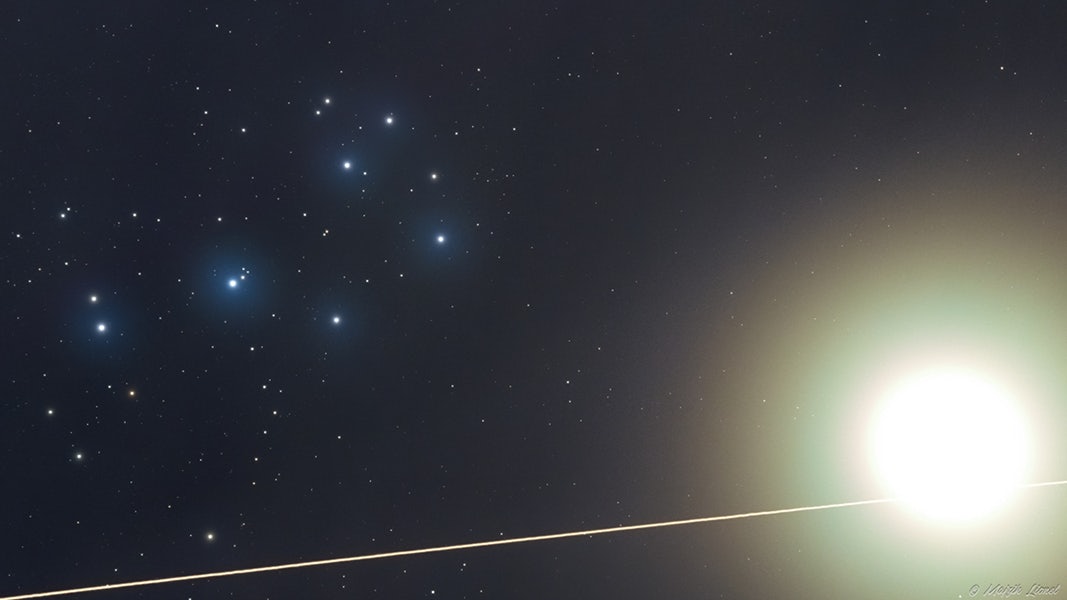