Seeing mountain peaks glow red from inside the Grand Canyon was one of the most incredible sunset experiences of this amateur photographer's life. They appeared even more incredible later, when digitally combined with an exposure of the night sky -- taken by the same camera and from the same location -- an hour later. The two images were taken last August from the 220 Mile Canyon campsite on the Colorado River, Arizona, USA. The peaks glow red because they were lit by an unusually red sunset. Later, high above, the band of the Milky Way Galaxy angled dramatically down, filled with stars, nebula, and dark clouds of dust. To the Milky Way's left is the planet Saturn, while to the right is the brighter Jupiter. Although Jupiter and Saturn are now hard to see, Venus will be visible and quite bright to the west in clear skies, just after sunset, for the next two months. Astrophotography with Your Computer: NASA's Astrophoto Challenges 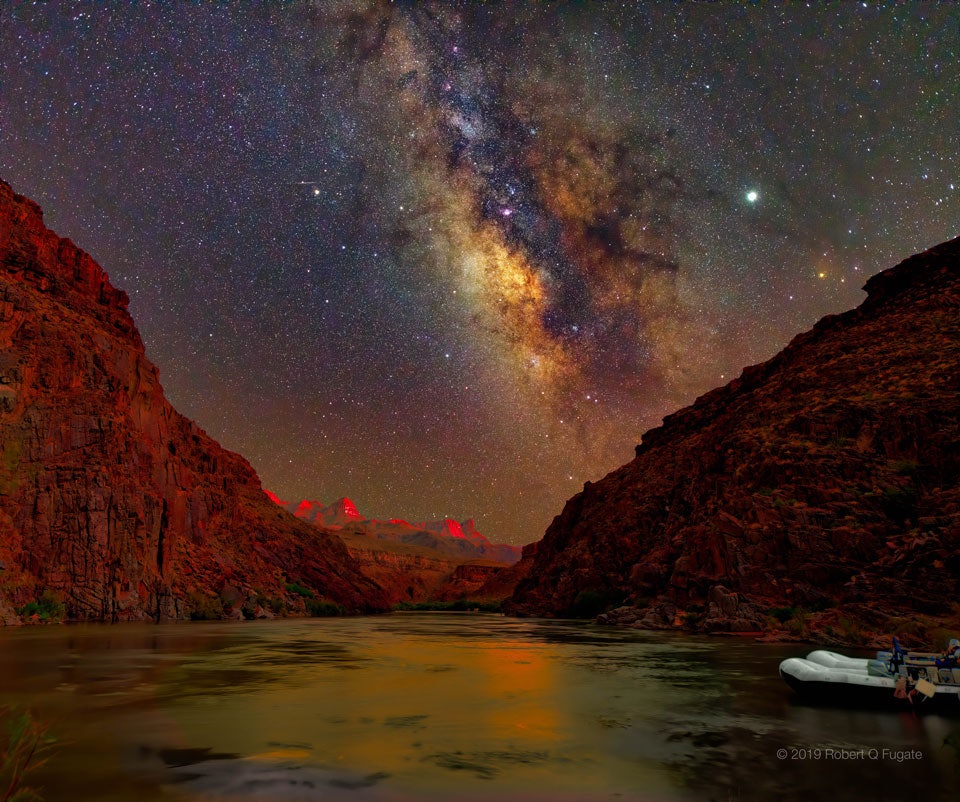 Follow a sunset on a clear day against a distant horizon and you might glimpse green just as the Sun disappears from view. The green flash is caused by refraction of light rays traveling to the eye over a long path through the atmosphere. Shorter wavelengths refract more strongly than longer redder wavelengths and the separation of colors lends a green hue to the last visible vestige of the solar disk. It's harder to see a green flash from the Moon, not to mention the diminutive disks of Venus and Mercury. But a telescope or telephoto lens and camera can help catch this tantalizing result of atmospheric refraction when the celestial bodies are near the horizon. From Sicily, the top panels were recorded on March 18, 2019 for the Sun and May 8, 2020 for the Moon. Also from the Mediterranean island, the bottom panels were shot during the twilight apparition of Venus and Mercury near the western horizon on May 24. 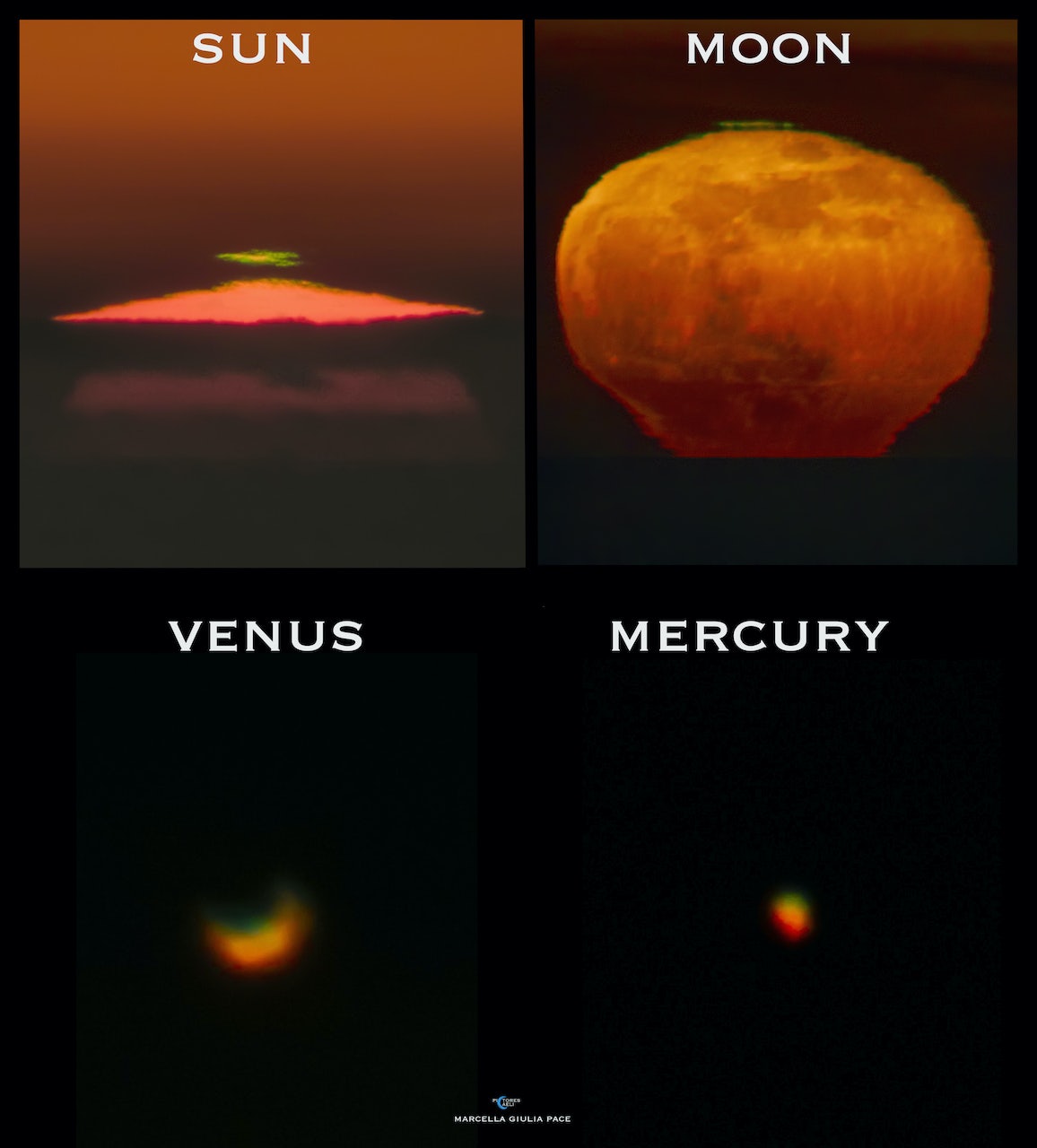 That's not a bright star and crescent Moon caught between branches of a eucalyptus tree. It's Venus in a crescent phase and Mercury. Near the western horizon after sunset, the two inner planets closely shared this telescopic field of view on May 22, seen from a balcony in Civitavecchia, Italy. Venus, the very bright celestial beacon, is wandering lower into the evening twilight. It grows larger in apparent size and shows a thinner crescent as it heads toward its inferior conjunction, positioned between Earth and Sun on June 3. Mercury, in a fuller phase, is climbing in the western sky though, reaching its maximum angular distance from the Sun on June 4 Still, this remarkably close pairing with brilliant Venus made Mercury, usually lost in bright twilight skies, easier to spot from planet Earth. Gallery: Notable Venus & Mercury Conjunction 2020 Images submitted to APOD 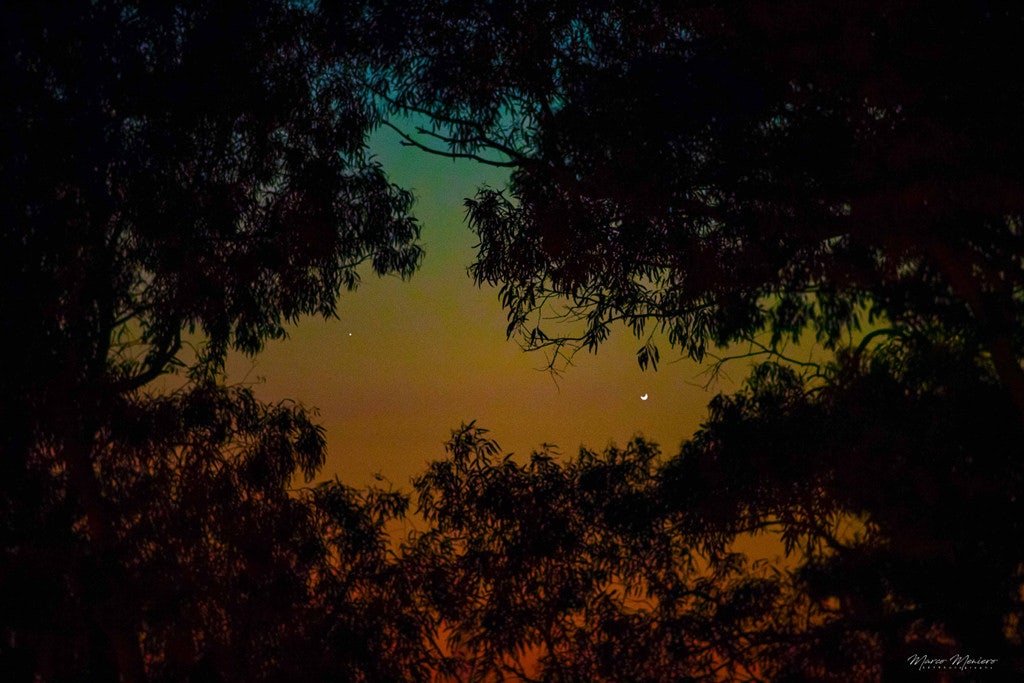 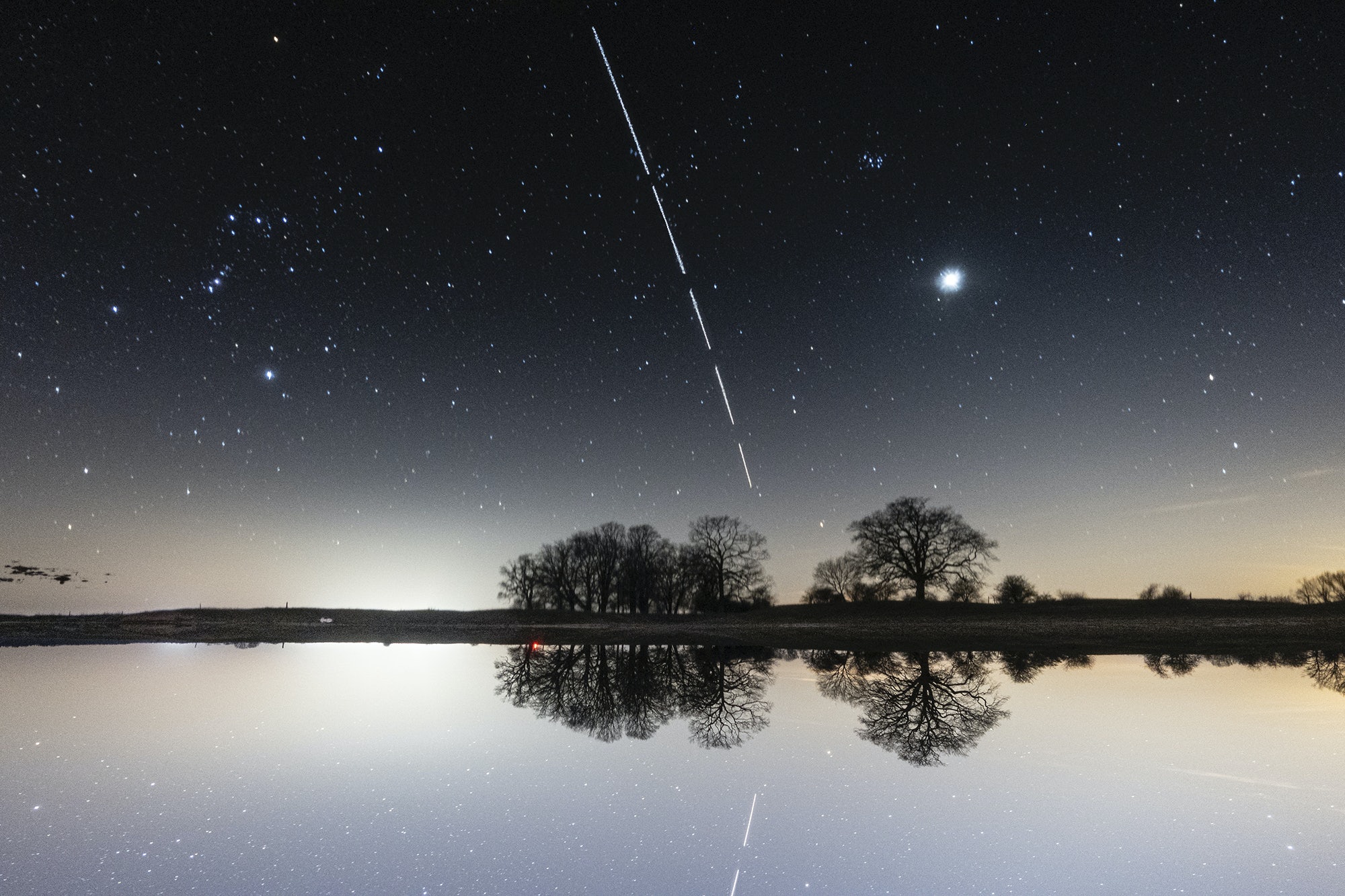