The Milky Way was not created by an evaporating lake. The pool of vivid blue water, about 10 meters across, is known as Silex Spring and is located in Yellowstone National Park in Wyoming, USA. Steam rises off the spring, heated by a magma chamber deep underneath known as the Yellowstone hotspot. The steam blurs the image of Venus, making it seem unusually large. Unrelated and far in the distance, the central band of our Milky Way Galaxy rises high overhead, a band lit by billions of stars. The featured picture is a 3-image panorama taken last August. If the Yellowstone hotspot causes another supervolcanic eruption as it did 640,000 years ago, a large part of North America would be affected. 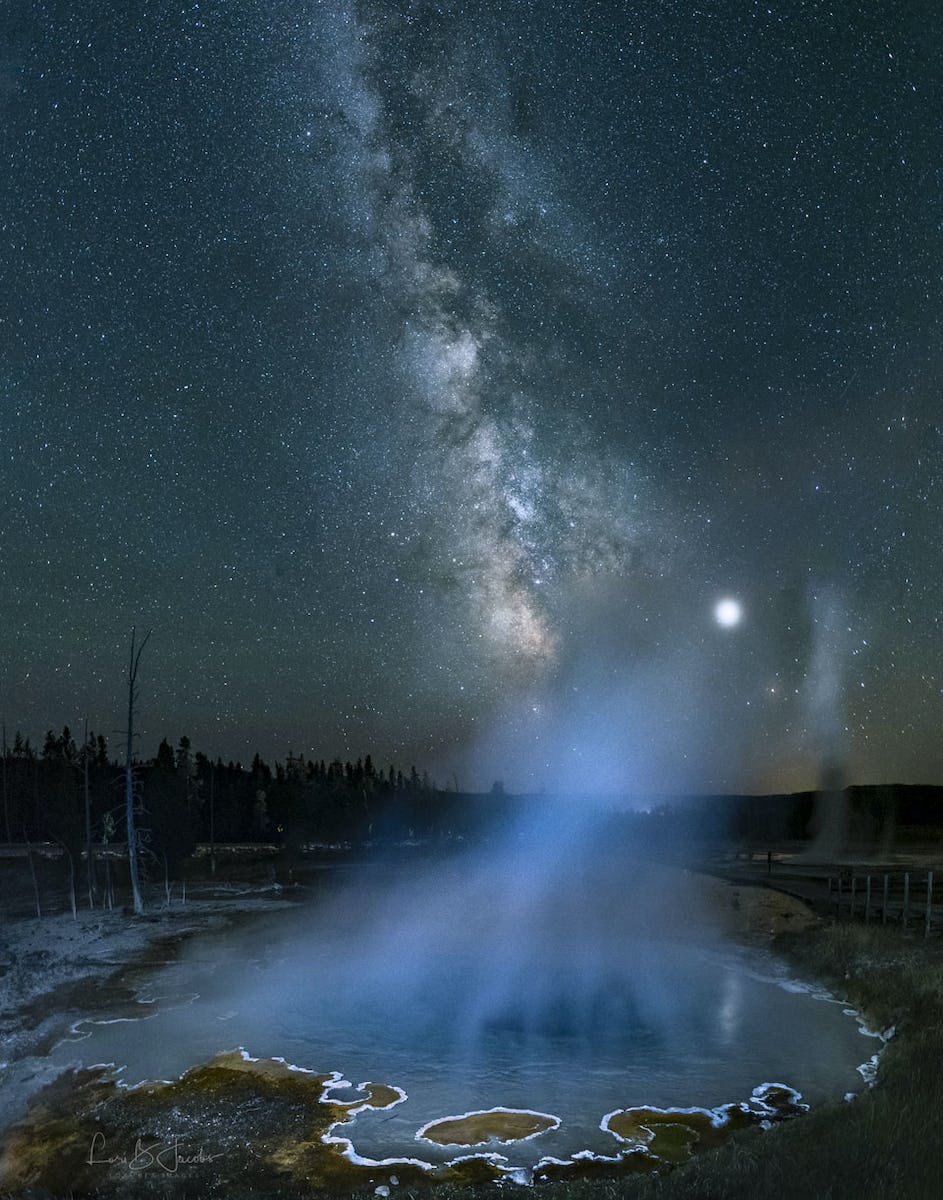