ght billion people are about to disappear in this snapshot from space. Taken on November 21, the sixth day of the Artemis 1 mission, their home world is setting behind the Moon's bright edge as viewed by an external camera on the outbound Orion spacecraft. The Orion was headed for a powered flyby that took it to within 130 kilometers of the lunar surface. Velocity gained in the flyby maneuver will be used to reach a distant retrograde orbit around the Moon. That orbit is considered distant because it's another 92,000 kilometers beyond the Moon, and retrograde because the spacecraft will orbit in the opposite direction of the Moon's orbit around planet Earth. Orion will enter its distant retrograde orbit on Friday, November 25. Swinging around the Moon, Orion will reach a maximum distance (just over 400,000 kilometers) from Earth on Monday November 28 exceeding a record set by Apollo 13 for most distant spacecraft designed for human space exploration. 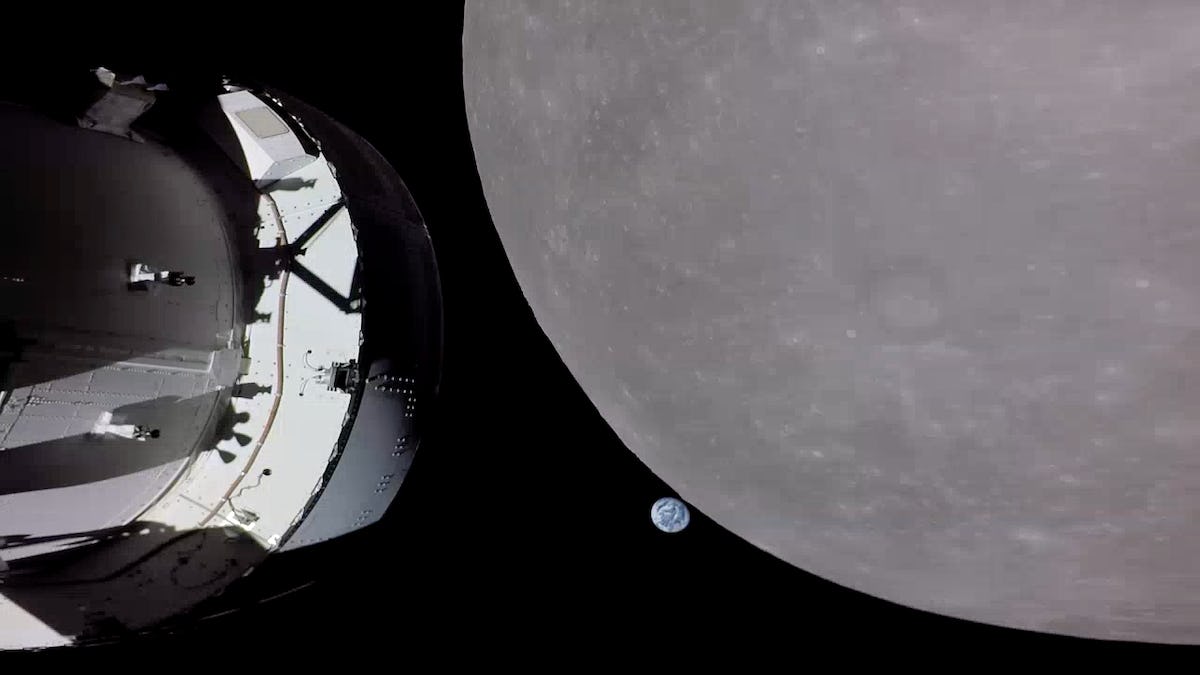