What are those red filaments in the sky? They are a rarely seen form of lightning confirmed only about 35 years ago: red sprites. Research has shown that following a powerful positive cloud-to-ground lightning strike, red sprites may start as 100-meter balls of ionized air that shoot down from about 80-km high at 10 percent the speed of light. They are quickly followed by a group of upward streaking ionized balls. The featured image was taken late last month from the Jeseniky Mountains in northern Moravia in the Czech Republic. The distance to the red sprites is about 200 kilometers. Red sprites take only a fraction of a second to occur and are best seen when powerful thunderstorms are visible from the side. APOD in world languages: Arabic, Bulgarian, Catalan, Chinese (Beijing), Chinese (Taiwan), Croatian, Czech, Dutch, Farsi, French, French (Canada), German, Hebrew, Indonesian, Japanese, Korean, Montenegrin, Polish, Russian, Serbian, Slovenian, Spanish, Taiwanese, Turkish, and Ukrainian 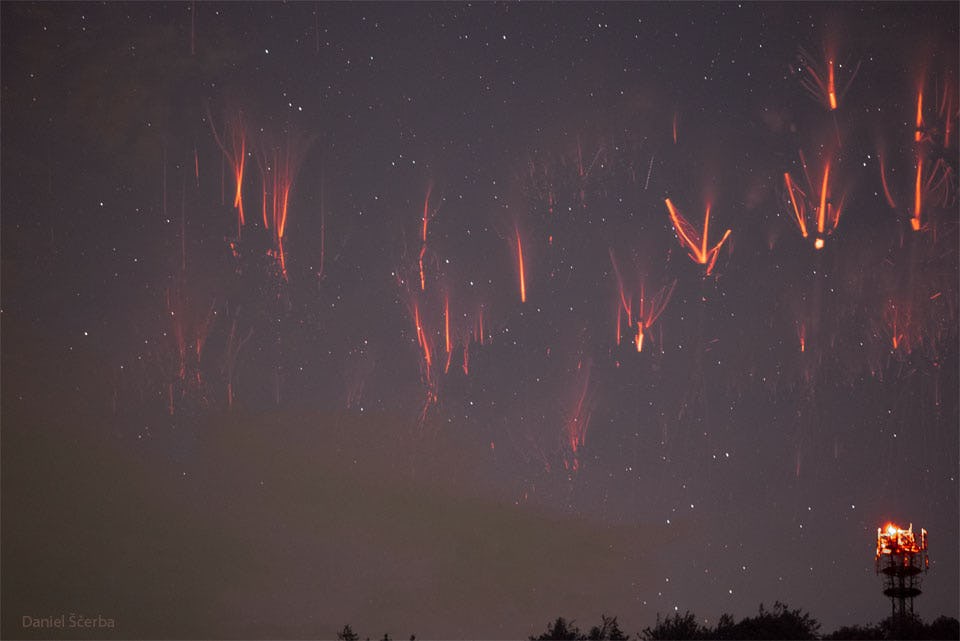