It is difficult to hide a galaxy behind a cluster of galaxies. The closer cluster's gravity will act like a huge lens, pulling images of the distant galaxy around the sides and greatly distorting them. This is just the case observed in the featured image recently re-processed image from the Hubble Space Telescope. The cluster GAL-CLUS-022058c is composed of many galaxies and is lensing the image of a yellow-red background galaxy into arcs seen around the image center. Dubbed a molten Einstein ring for its unusual shape, four images of the same background galaxy have been identified. Typically, a foreground galaxy cluster can only create such smooth arcs if most of its mass is smoothly distributed -- and therefore not concentrated in the cluster galaxies visible. Analyzing the positions of these gravitational arcs gives astronomers a method to estimate the dark matter distribution in galaxy clusters, as well as infer when the stars in these early galaxies began to form. New APOD Social Mirrors in Arabic: On Facebook, Instagram, and Twitter 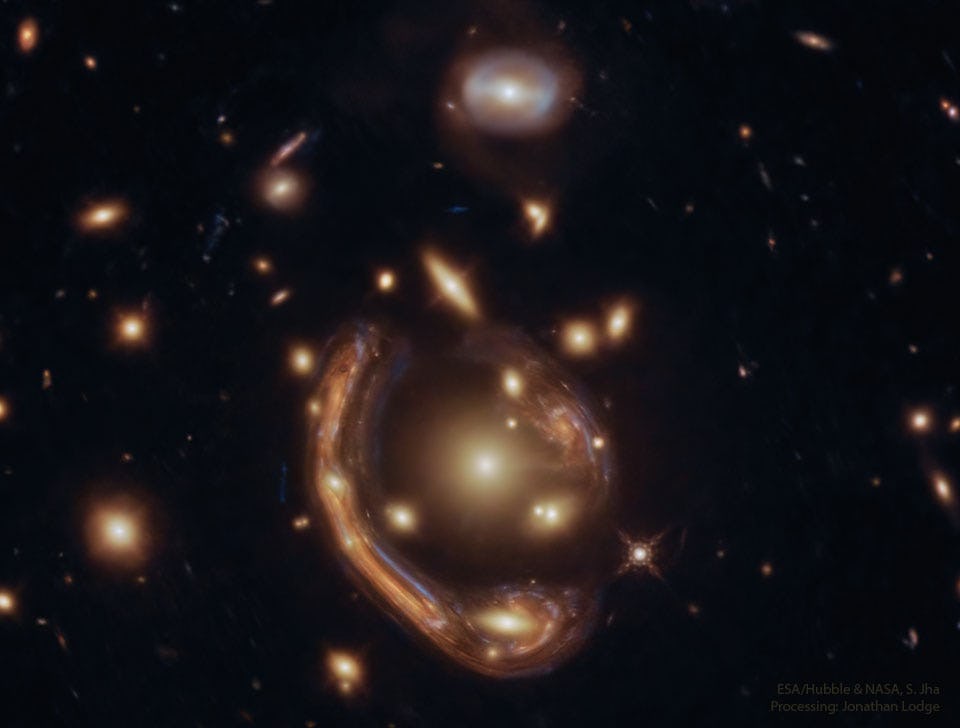