The mission was to document night-flying birds -- but it ended up also documenting a beautiful sky. The featured wide-angle mosaic was taken over the steppe golden fields in Mértola, Portugal in 2020. From such a dark location, an immediately-evident breathtaking glow arched over the night sky: the central band of our Milky Way galaxy. But this sky had much more. Thin clouds crossed the sky like golden ribbons. The planet Mars appeared on the far left, while the planets Saturn and Jupiter were also simultaneously visible -- but on the opposite side of the sky, here seen on the far right. Near the top of the image the bright star Vega can be found, while the far-distant and faint Andromeda Galaxy can be seen toward the left, just below Milky Way's arch. As the current month progresses, several planets are lining up in the pre-dawn sky: Jupiter, Venus, Mars, and Saturn. Did you know? Many APODs have links for adventure & humor 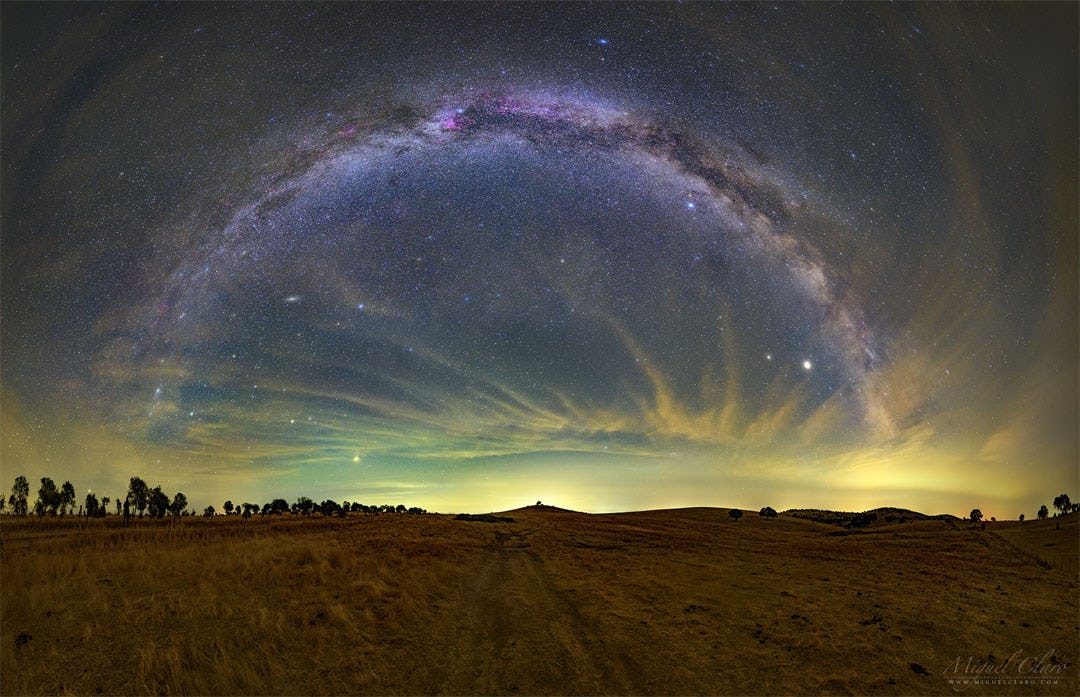