Taken on mission sol 180 (August 22) this sharp image from a Hazard Camera on the Perseverance rover looks out across a rock strewn floor of Jezero crater on Mars. At 52.5 centimeters (21 inches) in diameter, one of the rover's steerable front wheels is at lower left in the frame. Near center is a large rock nicknamed Rochette. Mission planners don't want to avoid Rochette though. Instead Perseverance will be instructed to reach out with its 2 meter long robotic arm and abrade the rock's surface, to determine whether it has a consistency suitable for obtaining a sample, slightly thicker than a pencil, using the rover's coring bit. Samples collected by Perseverance would be returned to Earth by a future Mars mission. 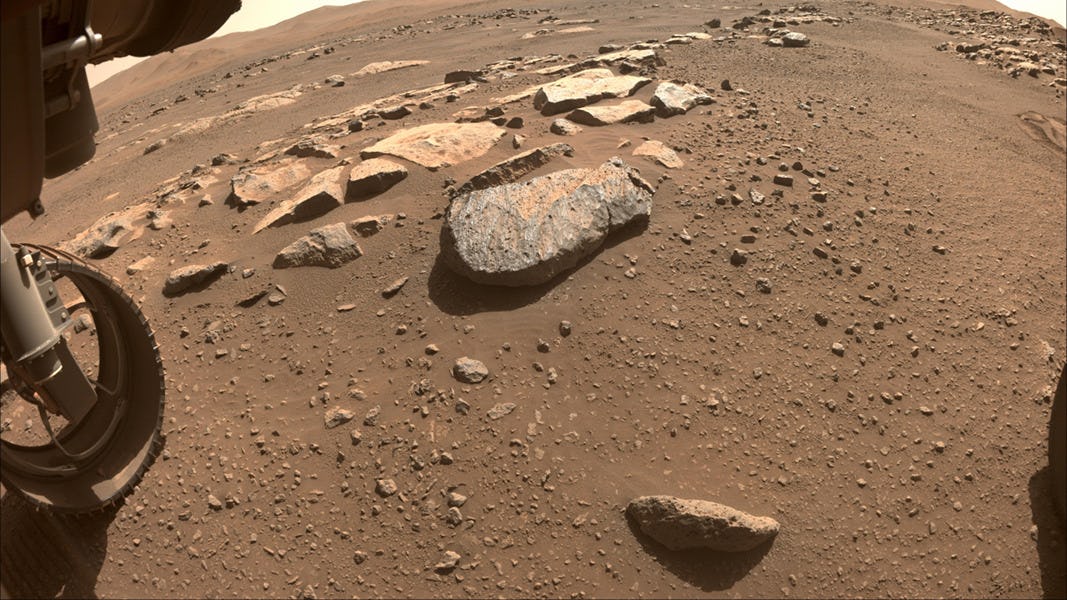