It was bright and green and flashed as it moved quickly along the Milky Way. It left a trail that took 30 minutes to dissipate. Given the day, August 12, and the direction, away from Perseus, it was likely a small bit from the nucleus of Comet Swift-Tuttle plowing through the Earth's atmosphere -- and therefore part of the annual Perseids meteor shower. The astrophotographer captured the fireball as it shot across the sky in 2018 above a valley in Yichang, Hubei, China. The meteor's streak, also caught on video, ended near the direction of Mars on the lower left. Next week, the 2021 Perseids meteor shower will peak again. This year the Moon will set shortly after the Sun, leaving a night sky ideal for seeing lots of Perseids from dark and clear locations across planet Earth. Follow APOD in English on: Facebook, Instagram, or Twitter 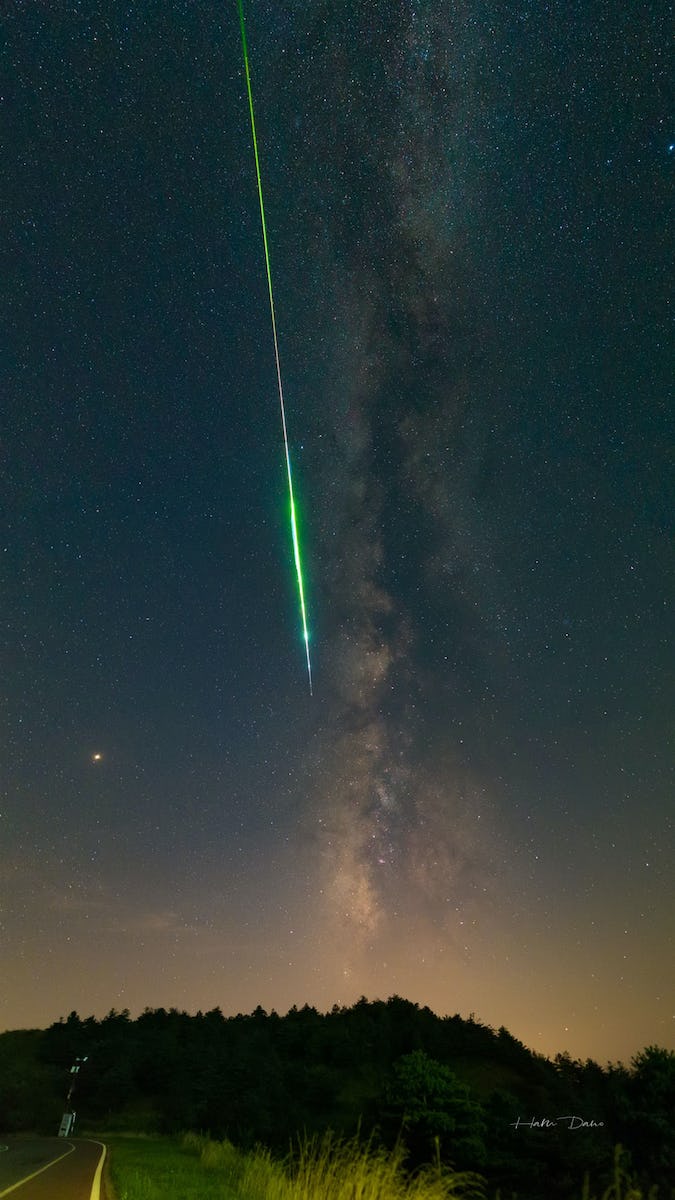