Why is Polaris called the North Star? First, Polaris is the nearest bright star toward the north spin axis of the Earth. Therefore, as the Earth turns, stars appear to revolve around Polaris, but Polaris itself always stays in the same northerly direction -- making it the North Star. Since no bright star is near the south spin axis of the Earth, there is currently no South Star. Thousands of years ago, Earth's spin axis pointed in a slightly different direction so that Vega was the North Star. Although Polaris is not the brightest star on the sky, it is easily located because it is nearly aligned with two stars in the cup of the Big Dipper. Polaris is near the center of the eight-degree wide featured image, an image that has been digitally manipulated to suppress surrounding dim stars but accentuate the faint gas and dust of the Integrated Flux Nebula (IFN). The surface of Cepheid Polaris slowly pulsates, causing the star to change its brightness by a few percent over the course of a few days. Portal Universe: Random APOD Generator 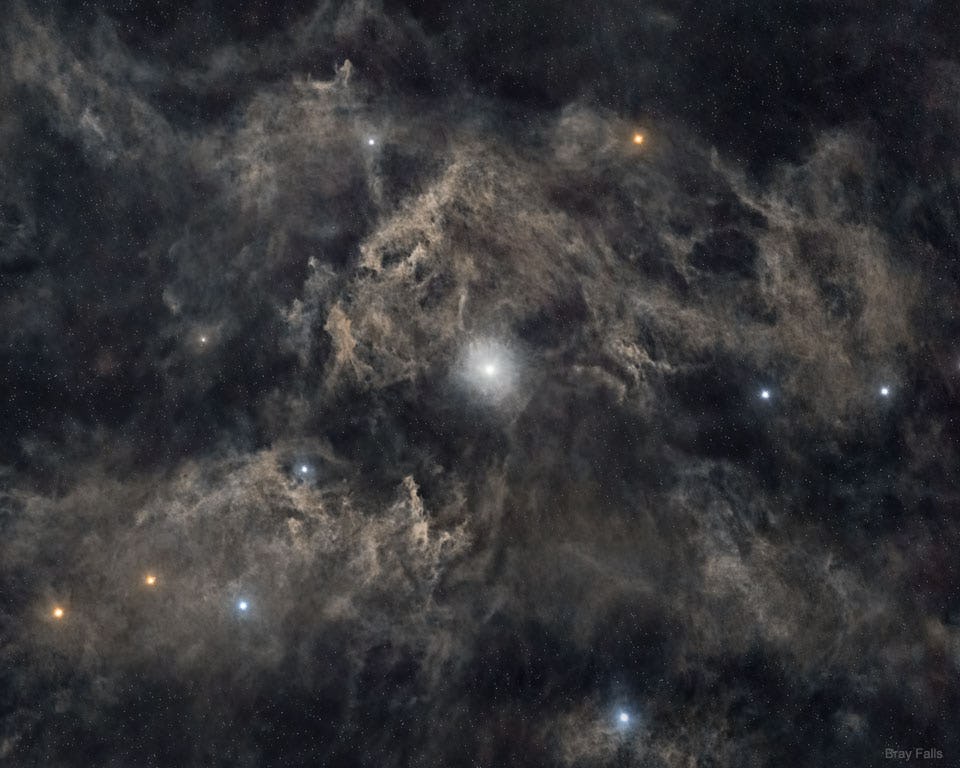