Some cloud patterns on Jupiter are quite complex. The featured tumultuous clouds were captured in May by NASA's robotic Juno spacecraft currently orbiting our Solar System's largest planet. The image was taken when Juno was only about 15,000 kilometers over Jupiter's cloud tops, so close that less than half of the giant planet is visible. The rough white clouds on the far right are high altitude clouds known as pop-up clouds. Juno's mission, now extended into 2021, is to study Jupiter in new ways. Among many other things, Juno has been measuring Jupiter's gravitational field, finding surprising evidence that Jupiter may be mostly a liquid. 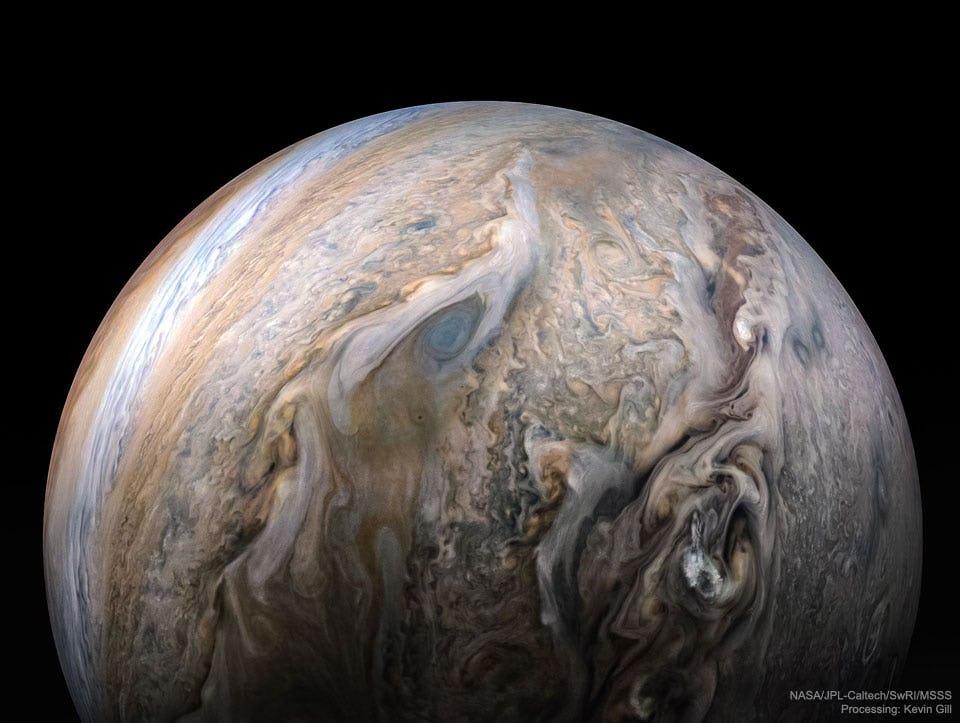