What happening above that volcano? Something very unusual -- a volcanic light pillar. More typically, light pillars are caused by sunlight and so appear as a bright column that extends upward above a rising or setting Sun. Alternatively, other light pillars -- some quite colorful -- have been recorded above street and house lights. This light pillar, though, was illuminated by the red light emitted by the glowing magma of an erupting volcano. The volcano is Italy's Mount Etna, and the featured image was captured with a single shot a few hours after sunset in mid-June. Freezing temperatures above the volcano's ash cloud created ice-crystals either in cirrus clouds high above the volcano -- or in condensed water vapor expelled by Mount Etna. These ice crystals -- mostly flat toward the ground but fluttering -- then reflected away light from the volcano's caldera. Explore Your Universe: Random APOD Generator 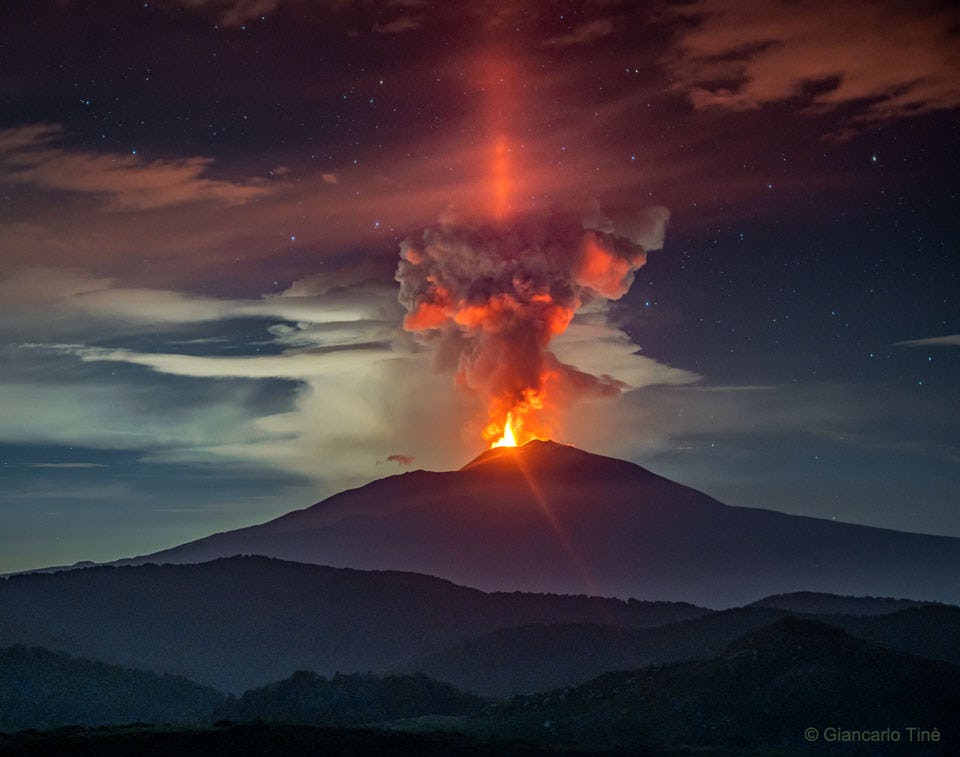