Perihelion for 2023, Earth's closest approach to the Sun, was on January 4 at 16:17 UTC. That was less than 24 hours after this sharp image of the Sun's disk was recorded with telescope and H-alpha filter from Sidney, Australia, planet Earth. An H-alpha filter transmits a characteristic red light from hydrogen atoms. In views of the Sun it emphasizes the Sun's chromosphere, a region just above the solar photosphere or normally visible solar surface. In this H-alpha image of the increasingly active Sun planet-sized sunspot regions are dominated by bright splotches called plages. Dark filaments of plasma snaking across the solar disk transition to bright prominences when seen above the solar limb. 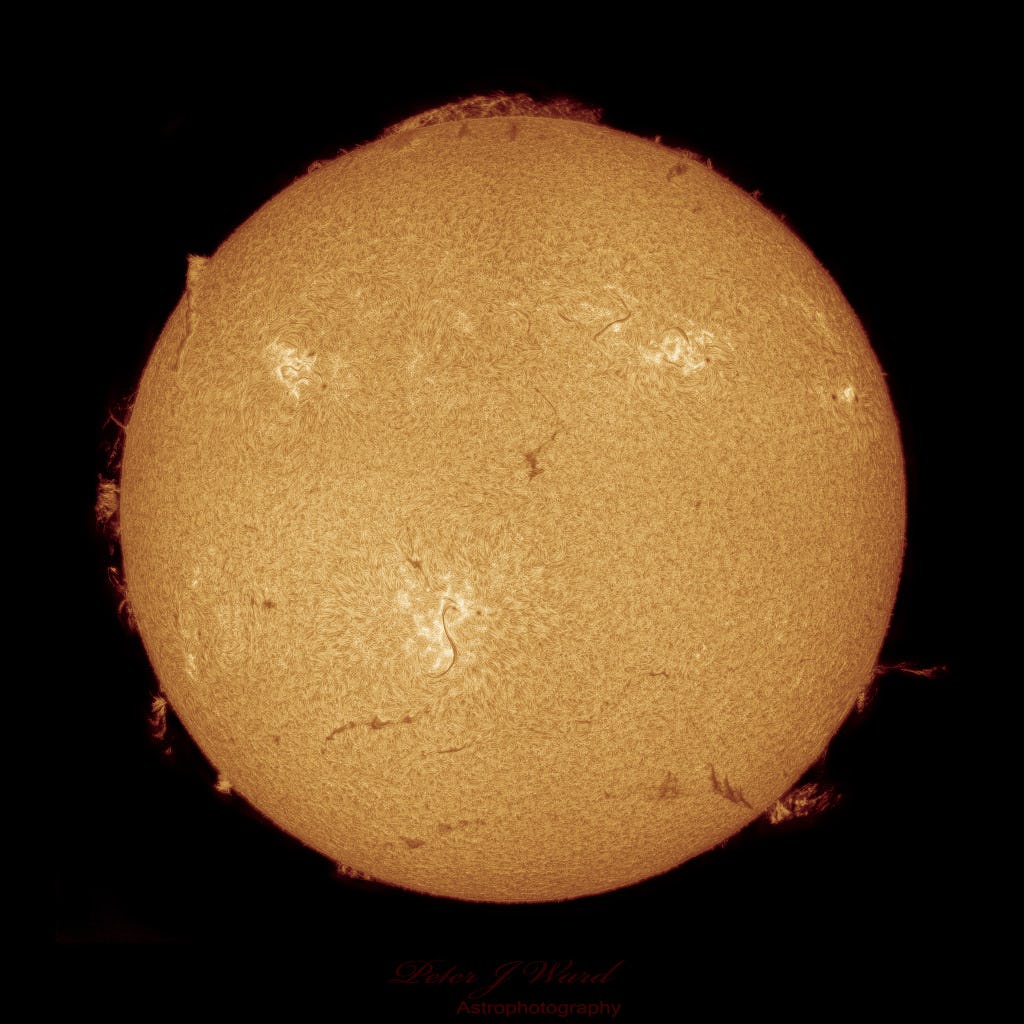