If you could stand on exoplanet LHS 475 b, what might you see? No one knows for sure but pictured here is an interesting guess made by an Earth-based artificial intelligence (AI) engine. The existence of the exoplanet was indicated in data taken by the Earth-orbiting TESS satellite but confirmed and further investigated only this year by the near-Earth Sun-orbiting James Webb Space Telescope. What is known for sure is that LHS 475 b has a mass very similar to our Earth and closely orbits a small red star about 40 light years away. The featured AI-illustrated guess depicts a plausibly rugged Earth-like landscape replete with molten lava and with the central red star rising in the distance. Webb data does not as yet reveal, however, whether LHS 475 b has an atmosphere. One of Webb’s science objectives is to follow up previous discoveries of distant exoplanets to better discern their potential for developing life. Comet ZTF Gallery: Notable Submissions to APOD 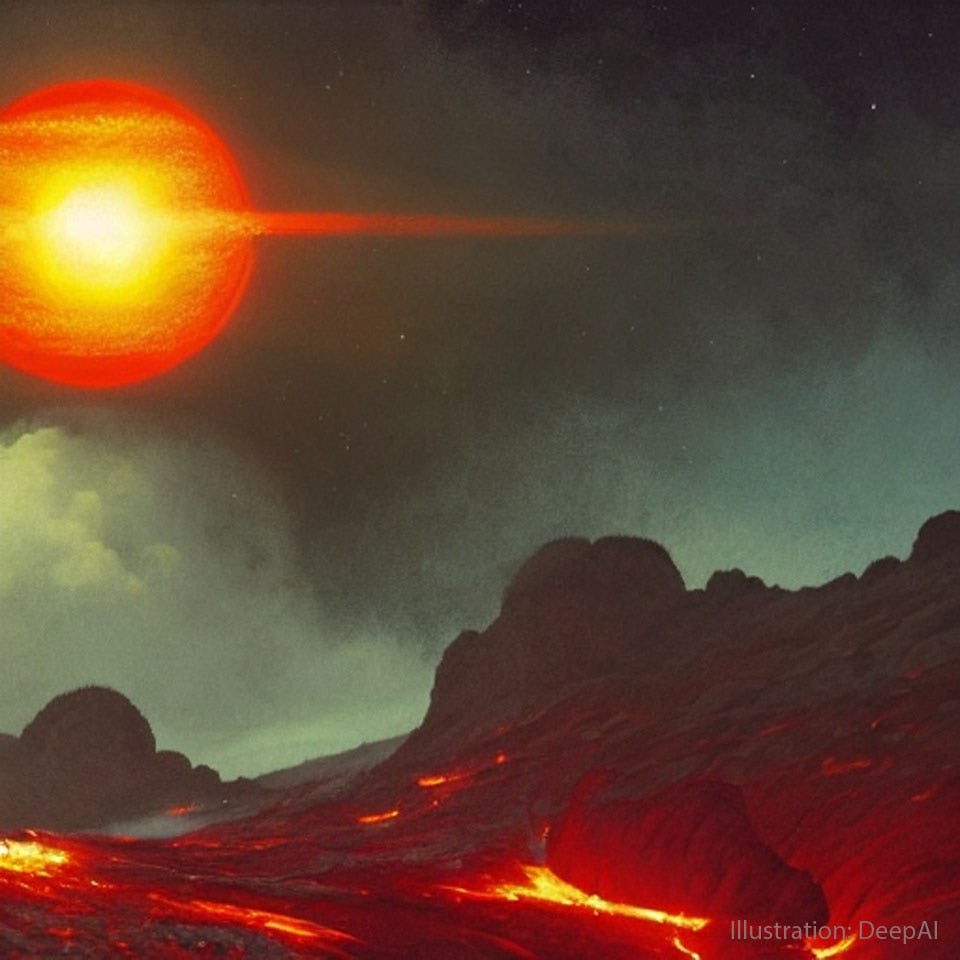